The following is taken from Library of Congress which records the activity of the excutive branch, The Senate and the House. This occurred yesterday on the house floor. 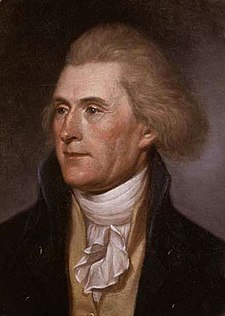 Mr. McDERMOTT. Mr. Speaker, in my Seventh Congressional District in Washington State, and in towns and cities across the United States, the American people are justifiably outraged and at the same time dumbfounded that the President would send the Treasury Secretary up here to Congress asking for a blank check, declaring the sky will immediately fall if he doesn’t get it. With a straight face, but no straight talk, he demanded unchecked, unlimited power to spend $700 billion of taxpayer money any way he sees fit. From the moment this President took office 8 years ago, his administration has done everything possible to roll back the clock to the roaring ’20s, and now they want to roll the American people to pay for it.

For the last 8 years, this administration rewarded Wall Street and ignored Main Street. For 8 long years, this administration encouraged practices that have taken America back to the finances of 1929. But now this administration wants the American people to pay $700 billion for Wall Street’s ignorance and greed, and what are they going to do with it? The American people are asked to sacrifice, but what about Wall Street? What does the President ask of them? Wall Street lobbyists are here by the busload, trying to cut deals to sweeten the pot for the people who pay them millions. When someone suggested any potential bailout ought to include a provision to refinance some mortgages, the lobbyists declared the sky would fall. And when somebody declared that there would not be golden parachutes for executives who masterminded this mess, we were told that that would be punitive. And then when the White House relented and said they might give a little on golden parachutes, the American people are supposed to be thankful and give in.

In case anybody has forgotten, the golden parachutes originally pegged at $13 million for the chief executives of Freddie and Fannie were cut. They ended up only getting $9 million. Does that sound like sacrifice to you?

Friends and supporters of this administration have had 8 years of unregulated, unfettered access to the wallets of the American people. Their complex derivatives and mathematical formulas were used to create financial products that can best be described in a single phrase: house of cards. This administration permitted, encouraged, and now wants to mortgage this house of cards to the American people. They take no responsibility for their role in the crisis. Instead, they warn the American people that they might suffer mightily if they do not act within a week. Suddenly the administration and the Republican Party that regularly decry government intervention now clamor for it, but only because they can’t find $700 billion anywhere else.

How do they propose to pay for it? Does the President offer to reduce the massive tax holidays enjoyed over the last 8 years by the rich? Did they offer something that would benefit the working Americans who don’t want to pay for this?

To all the American families where the husband and wife work two, three, four jobs to make ends meet, to all the single moms and dads who play by the rules, the administration has offered you a threat and a share in paying this $700 billion mortgage on a house of cards. This administration has brought America to the brink of national bankruptcy, and they are banking on fear again. They used fear to go to war. They used fear to take away your civil rights and spy on you. And now they are using fear of financial collapse, and they are just trying to scare you into getting them to do whatever they want.

There’s a line that aptly describes this situation: “Fool me once, shame on you. Fool me twice, shame on me.” Don’t be fooled.

Mr. Speaker, remember, trust is something that is already bankrupt.

The bank of trust in this administration is absolutely bankrupt. They have misled, lied, misrepresented, whatever word you want to use, on issue after issue. And now they give us 7 days. Come back, take out your wallet, and give them everything that’s in it, $700 billion. Well, actually, we don’t have to give them anything. We’re going to borrow it from the Chinese. Let’s borrow our way. ???When will they talk about how you pay for the profligacy of this administration?