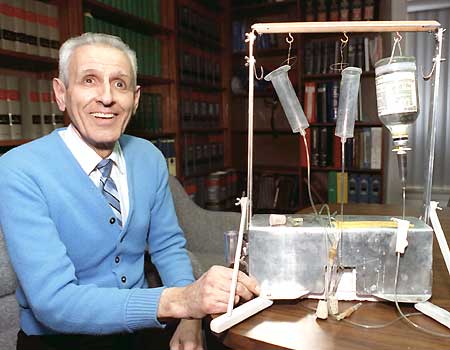 today in 1999, Dr. Jack Kevorkian was convicted of second-degree murder for giving a lethal injection to an ailing man whose death was shown on “60 Minutes.”? This dude was infamous for killing a bunch of supposedly terminally ill people via lethal injection.? Just goes to show that anyone can get a doctor license :)?? Happy Birthday to celebs Diana Ross(64), Leonard Nimoy(77), James Caan(68), Vicki Lawrence(59), Martin Short(58), and TR Knight(35) whom I only saw once in person.