Newspaper Article about Me

The following is taken partially from an article published in the Los Angeles City College newspaper several months ago by my friend Ben Simpson, a classmate whom took a photography journalism class with me, and now resides in San Francisco. Text is rephrased below: 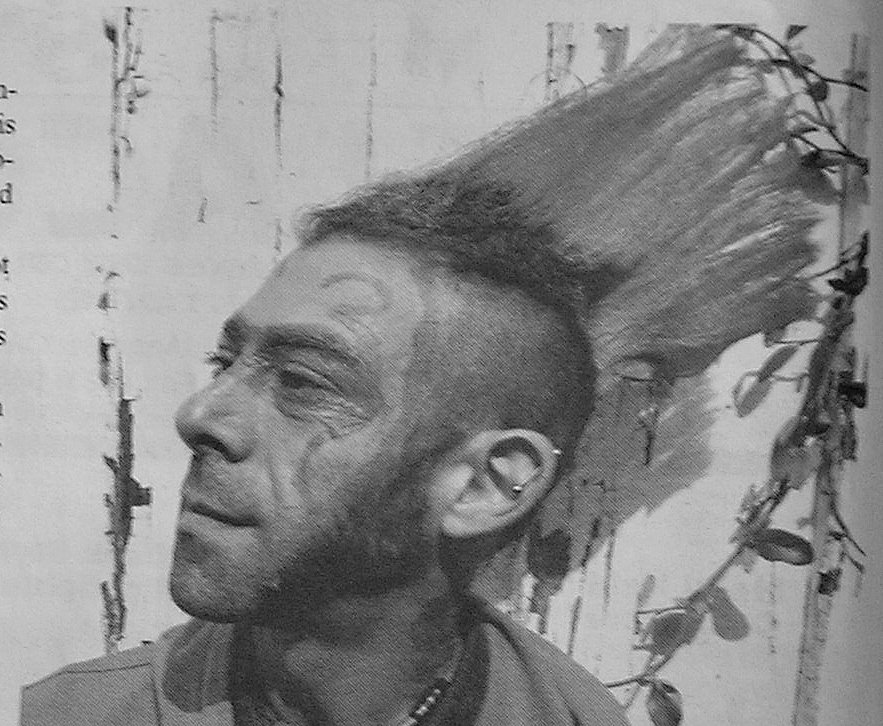 Young, Loud, and Angry , the anarchist is commonly stereotyped with a colorful mohawk and matching eye liner.? However, Photo Larry is not your average “mohawk”.? He is quiet and soft spoken with soft and serious eyes.? He stood out in the class room not only because of the hair but because he was already profiting from his photography.? He started out with this little travel camera and had no idea what he was doing.? He went to a costume party in silverlake and took pictures of his friends.? The club owner asked if he was a photographer.? He said not yet but trying to break into it.? He was asked to come monthly and photo document at the club.? Eventually he was paid for his efforts.? When browsing his website, Larry has found a niche, primarily the leather and gay communities.? Another specialization is men dressed in drag, as women.? Interestingly enough, the term DRAG was created by William Shakespeare and written into his play scripts in the edges to denote? Dressed As Girl. Fun fact I bet most do not know.? Larry grew up in Saint Louis Missouri, has a sister and two nieces whom still live there.? He has a computer science bachelor’s degree which he used for employment for about 15 years mostly at various companies in Chicago Illinois.? The lack of technology jobs in California after 9/11 pushed Larry into a creative life path.? It was really quite unintentional.? He did not realize it at the time, but he was tired of being corporate and boring.? So he down sized, a lot, by getting rid of cars, fancy apartments, and other material possessions.? Most inhabitants of Los Angeles do not realize that the Metro mass transit here is sufficient, most of the time.? Most just do not care about being green and energy wise as he does.? Despite first impression upon sight of larry, you might be surprised to know he actually is a reserved and intelligent person , with a college education, and not the stereotypical punker in the least.