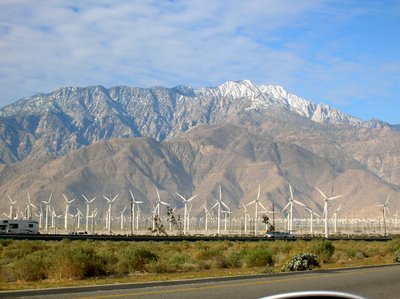 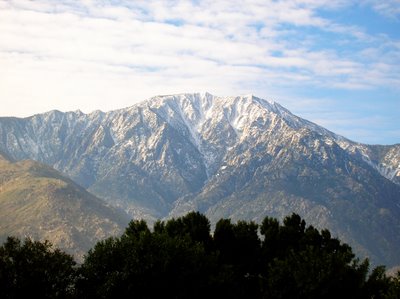 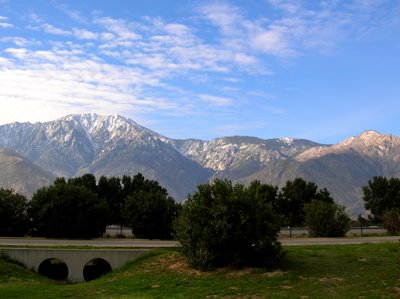 One more view
I left Friday for a quiet weekend in Palm Springs. Nothing planned at all. Just walked around, relaxed, and lounged in the hotel room. Sometimes its necessary to get away from LA for a few days and just decompress. So I did just that and had a nice time. I only took the travel camera and took a few shots of snow capped mountains. I rented a car and sure was stunned by a few aspects of that. To start with, I use public transit in LA and do not own a car, for those who do not know me. I carry a california license but use it only when traveling. Ok back to two big shocks. One, how did gasoline get so expensive? Two, the terribly planned and designed LA roads are boggling to the mind. No, the reason traffic is so congested and poor in LA is not just because of too many vehicles. Its because the stop lights are not timed/synchronized and the highway system is the worst design in this entire country. I have driven a car in almost all 50 states, highways, local streets, and so forth. Example, I was coming back on I-10 and just before I hit the downtown LA area, instead of logically going below the city and continuing I-10 through, the left most 5 lanes become the 101 freeway while I-10 gets piped through 1 lane for almost 3 miles. You blink, and you get to take the 101 freeway instead of logically continuing on I-10. I call that extremely retarded. If the engineers responsible for this lack of design are still living, I hope they are cursed to travel those routes hourly. If I had to commute through this on a daily basis, I would have to move away. Astonishing how the goverment of LA has not taken this problem and fixed it due to embarrasment. But another perfect example is the construction along Santa Monica Blvd which for about 10-15 miles is a major east/west artery. This project in any other well run city would have taken maximum of 1 year. But here it has taken over 3 and still is not completed. In Chicago, an entire freeway was paved in 6 months for 15 miles. But then that is a real city unlike LA.