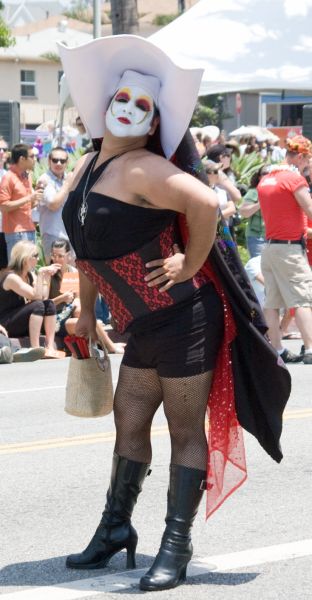 I was acting secretary, which was an actual role that normally only a sister assumes.? I was rather pleased that I was given the duties.? Sister Lupita is the actual Mistress of Ink and will oversee my role.? I spoke with several sisters about actually becoming a sister myself.? Currently I am a Guard.? I have been for about 4 years.? And , although, usually a Guard eventually has the calling to become a Sister, I am not sure if that is what I want at this time.? The reason being, I am allowed to be a photographer as well as a Guard when at events.? One of the sisters was not sure that would be appropriate if I became a sister.? But a few other sisters thought that creative expression might be considered a service to the house.? More discussion is needed, obviously.? But for now I am just going to be a Guard who takes the minutes at the meetings.