I agree with the findings of the article which follows.

We may “friend” more people on facebook or twitter or google plus, but we have fewer real life friends?– the kind who would help us out in tough times, listen sympathetically in person no matter what, lend us money or give us a place to stay if we needed it, keep a secret if we shared one.

This website which creatively allows me to take a daily mug shot and post into a slide show was not functioning for a few months while they updated the interfaces to twitter and facebook. But now that it is completed, I am happy to report, many enjoy watching the slideshow. Here is a copy of it for you to view:

Ok so I took a gamble here and decided to install WIN7 RTM onto my laptop.? I have been running it for 2 days.? So far the speed seems almost the same as Vista…perhaps a little faster in some areas.? The interface is really sleek and easy to navigate.? They really did fix a lot of what went wrong with Vista.? Of course?my first attempt was an upgrade to Vista?which went terribly wrong, naturally.? So I did a restore, and began to do a clean install like a smart tech.? It takes several hours to do a clean install then to reinstall all the programs and data but it seems worth it (says the lazy ex-programmer).? After reading a lot of reviews online as well as talking to a bunch of MS employees and insiders, I feel its basically going to work much better than Vista.? It is more than just?Vista-fixed.? Its actually a polished new?OS for a change without a lot of clutter and garbage under the hood.? Technically speaking, it is based on WINDOW NT 6.1 with a kernal that is much different than NT6.? I don’t think getting that technical would be helpful so moving on.

?A note about the Internet Browser though.? I found Firefox was not functioning the way I needed.? It was slow and did not display a lot of?pages correctly.? So for fun, I tried IE8.? To my surprise it has some new features that allowed me to do all things I was doing in Firefox.? I can use a lot of add-ons just like I did in Firefox.? But the main thing I like is that IE8 does not suck memory like Firefox does.? After running Firefox, with say facebook home page and perhaps two tabs of other content, for several hours, it started to freeze and use upwards of?400MB of memory.? In contrast, as I write this, after about 8 hours of up time, IE8 is using 99MB of memory?which I totally can live with.? The biggest test will come after a photo shoot and I see if Photoshop runs slow or fast or same.? I am guessing it will be faster.? So the final step over the coming months will be to buy a license for it.

Best browser on the planet. Give it a try.

Best Social / IM client on the planet (for Windows) 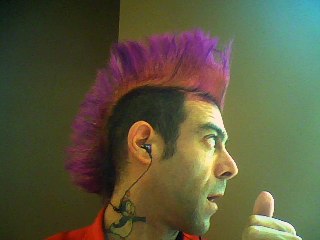 Also added some theme changes to make the colors more appealing.? I wish I could add more than 30 thumbs per post but the plugin has that limit and I cannot seem to get an email response from the programmer.? I did some hacking and figured out how to get it working.? Reminds me of the old programmer days where I chewed my fingernails away 🙂