I met him a few times at events but never got to know him personally.? From reading his blogs, he was very troubled and confused about life. He knew that he was regarded as a piece of meat and sadly nothing could be done to change that perception. He was powerless to prevent fate. I still am sad that he had to die but perhaps we can learn something from it 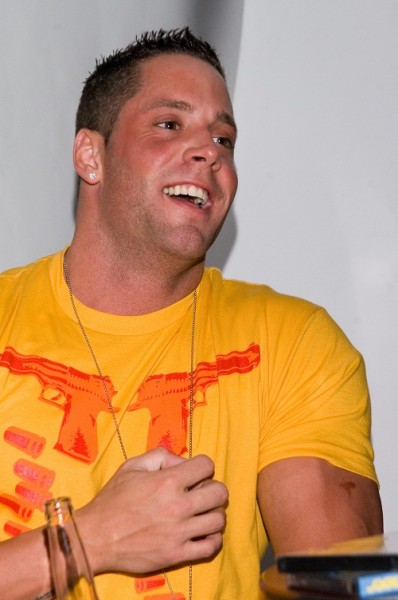 Another Bully Teen Suicide – This must STOP 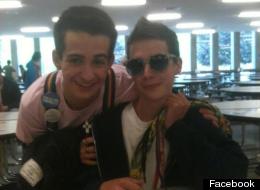 Friends and family are mourning the death of Jack Reese, a gay Utah teen who took his own life last week after allegedly being subjected to anti-gay bullying at school.

Though details of the 17-year-old Reese’s suicide are scarce, his boyfriend Alex Smith spoke frankly about the repeated bullying the teen had experienced at school. Smith, 18,?reportedly recalled the incidents at a community event earlier this week at which a bullying film was being screened.

As one official is quoted as telling Ogden OUTreach off the record: ?It happens here about once a week, but officially, you know, it doesn?t happen here.?

An obituary?describes the teen as having been?”very good with computers and loved to play his X-Box games.”

A?Facebook group in memory of the teen?has been established. “His suicide has impacted so many people,” one user wrote. “I HONESTLY hope things will change because of this, but I also wish that it didn’t have to come down to this for awareness to actually be seen in others who decide to bully others for their sexuality.”

The local chapter of Parents, Families and Friends of Lesbians and Gays (PFLAG)expressed its sympathy to Reese’s family in a statement:

“Today, along with the leaders of PFLAG Ogden and the entire community, PFLAG National mourns the loss of Jack Reese as well as the other young people in the Ogden community who have died in similar circumstances. The local chapter of PFLAG along with a broader caring group of adults have been working together tirelessly to address issues of the importance of family acceptance to the youth in this community and similar communities all over the state; sadly, the death of Jack Reese is a reminder that there is still much work to be done.”

As?Pink News?is reporting, OUTreach announced that an urgent meeting will be held on May 1 to address LGBT bullying and suicide in northern Utah. A candlelit vigil will be held May 1 at the conclusion of the event in memory of Jack.

OFACA MESSAGE OF THE DAY – A Clear Choice in November

President Obama won enough delegates yesterday to secure the Democratic nomination. In the past year, the campaign has built the largest and strongest grassroots campaign in American history. Our staff and volunteers are organizing across the country, talking to their family, friends, neighbors and co-workers about what?s at stake in this election.?Now that the Republicans have finally settled on Mitt Romney, voters will face a very clear choice this November.

President Obama is fighting for an economy built to last and restoring economic security for the middle class. He?s rebuilding the economy on a foundation of the fundamental values that made America great ? values like fairness and opportunity. He believes in the simple idea that America prospers when we’re all in it together ? when hard work pays off, responsibility is rewarded, and everybody has a fair shot, does their fair share and plays by the same rules.

Mitt Romney has a different vision. Instead of asking everyone to do their fair share and making investments we need for an economy built to last, Romney would slash taxes for corporations and the wealthiest Americans, let Wall Street once again write its own rules, and balance the budget on the backs of the middle class.

Romney?s policies are no better than his record. Romney supports the Ryan budget plan, which would end Medicare as we know it to pay for tax cuts for millionaires and billionaires. Romney?s own budget plan would increase the deficit by $5 billion over the next decade and pass on that debt to the next generation.