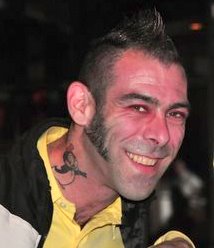 I figured why not, it appears this will be almost the final version used according to their blog so worst case, I revert back, but unlikely, since so far seems great.? Only thing that didnt seem to work was media image insertion with flash player, maybe due to flash 10 update.? Going to try right now. Yep works!? Sweet.? Final 2.7 released.? Did the update/upgrade automatically.? Very nice change to the process.

Good news for Firefox users who have lusted over Chrome and Safari’s option that lets you “tear” away tabs from an open window. The latest build of 3.1 offers it as a standard feature–and it works marvelously.

As in Google’s Chrome and Apple’s Safari browsers you simply pull away a tab from the interface and it turns into its own window. Likewise you can drag it back into an already opened window, just like you’d do to re-order your existing tabs.

While not a ground-breaking feature, tab tearing is a large step forward in changing the way we interact with our browsers. It’s a cross between the idea of having multiple tabs and multiple windows, but does not relegate the user to being pigeonholed in either one permanently.

If you’re feeling brave you can download the latest development build of 3.1 here. This also comes with some nice JavaScript speed improvements and a new look for Windows Vista users. 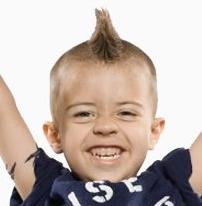 Added two new word press plugins so I can post and manage from the blackberry and it looks to be workin great.? If I can learn to type with the tiny keyboard better 🙂

Thanks for Gallery Help

Update:? yet another new gallery.? I am using Flickr embed style.? I hope this is best option.
A few friends gave me some tips on making my galleries display better on the blog. So after toying with several different plugins and options within wordpress , I decided that Benjamin Sterling’s plugin works perfectly. Thanks for the development of this. Made my life a bit easier.

I thought of another consideration for depth of field context. This is when using a smaller point and shoot camera. These cameras have put photography in the hands of almost everyone who walks in public. You cannot go out without seeing a tourist pointing a camera. Thus I wanted to address how depth of field occurs in these cameras. As you probably know, the lens on them is very small. If you are not familar with focal lengths, basically it is defined as the distance from the focal plane(where the pictures actually gets recorded – film if you will) to the end of the lens. It is usually calculated in millimeters for standardization. For reference, a macro or wide lens in photographer terms usually is anything 35mm or less. The next is called a normal lens and is 50mm for a standard SLR camera. Another term used is telephoto lens which usually means greater than 80mm. A note, these numbers are for SLR cameras only. Calculating the focal length totally depends on what format of camera being used. A large format camera has a normal lens which is different than 50mm. If you wish to know how to calculate it, read this Wiki Article. Also you might wonder what f-stop means when referring to aperture. Well the formula that yields the f number is focal length divided by diameter. Ok back to lenses. The average point and shoot usually has a small zoom lens which varies from 12mm to 35mm give or take a few. In other words, a wide lens. So as you learned in the discussion about depth of field, wide lenses, other factors ignored, yield a high depth of field (totally clear background). So when shooting photos with a point and shoot, most of the situations will make it difficult to get a shallow depth of field if that is what you are after.? Another note about point and shoots is that the f-stop generally cannot go smaller than f6 and often not even that small. I have found even if the camera is set to its automatic portrait mode, you still see a clear background, as in the above example. My face, sunglasses, eyes, nose, and other attributes along with everything outside the train window are clearly identifiable.? If for example I wanted the window and outside to be blurry, I would have needed a smaller aperture and/or a longer lens which is unavailable on point and shoot cameras.? The programmed f-stop for these cameras is usually between f2 to f6 if that depending on the zoom level.? So because of both of these factors, it is nearly impossible to get a shallow depth of field unless your subject has his nose pressed to the camera lens :)? I hope this information has been helpful for novice photographers.