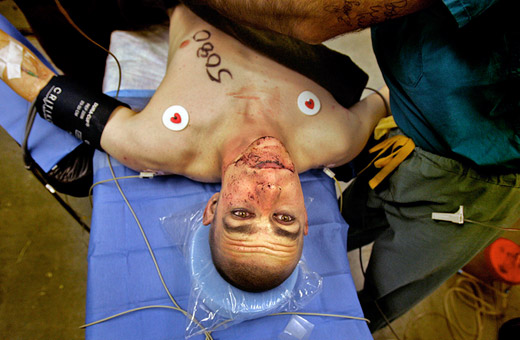 Marine 2nd Lt. Mike Geiger is prepped for surgery on his right foot at the Air Force Theater Hospital in Balad, Iraq. Part of his Social Security number was scrawled in black marker on his chest for quick identification. (Rick Loomis/Los Angeles Times)

Dear spiritual goddess, if this image does not shock the hell out of you like it did me, you need some pills for compassion of humanity. If any image conveys the message, “War is hell and wrong”, this is the image. Excellent capture Rick Loomis of the Los Angeles Times photo staff.? War is bad…mmmmkay! 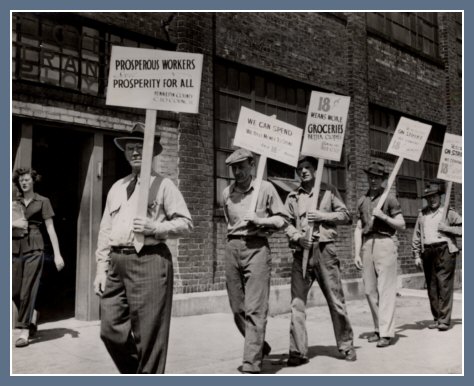 Okay here is my stand on this stupidity. The majority of writers for television shows and movies make handsome profits. Look at the woman who wrote the Harry Potter books. She was on welfare, and now she is a multi-millionaire! Ok she is a novelist not a screenplay writer, but you should get my point hopefully. Instead of complaining about getting a few dollars from internet VOD sales which still has yet to be determined for business model of most studios, if they must strike, they should be asking for equal overall compensation compared to actors and producers. They are harming the workers below them who make much less money. So my overall opinion is that labor unions do not work in this day and age. Ever read ‘The Jungle’ by Upton Sinclair. That explains it. They were designed for oppressed mine workers in the eighteenth century. They are out-dated and need to be abolished and replaced by corporate organizations. This has happened for many industries. Its called an HR department which delivers benefits like health insurance and 401K programs. But still for most blue-collar jobs such a grocery store clerks, or mass transit workers, the unions still exists. And for the most part, all they do is promote laziness not productivity. Go inside a Ralphs(local grocer) and wait in line to check out. The mean bitter worker throws your produce across the counter and does not give a care about your merchandise. If this worker had full benefits and good salary from the actual company without a union, guess what, they would be happy and give you better service. Let me give another example. I visited Canada several times a few years back. Most of the workers in common jobs like waiters, store clerks, and similar who would be unhappy in this country, were quite content. The reason, they get full benefits from the socialized programs in canada as well as fair financial compensation for their work. Hence they are happy and give good service to customers.? Sure non-union workers can be unhappy too.? But my point is that labor unions do not function properly and need to be removed from existence.? Negotiations should be done via legal venues, hello. 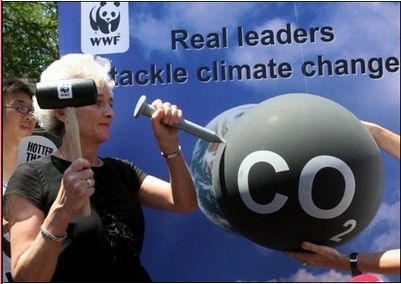 Dutch Environment Minister Jaqueline Cramer destroys a balloon outside the venue for the UN Climate Change Conference in Nusa Dua, Indonesia. UN climate chief Yvo de Boer has said that a marathon conference on how to fight global warming in the next decade is poised for a breakthrough, with the United States showing flexibility. 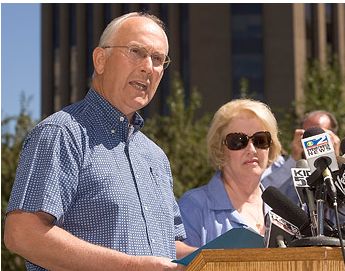 Ok you big homo, quit being a liar while you stand next to your fat hillbilly wife.? Its time for you to admit what you did.? You hired male escorts, you sucked cawk in bathrooms, and you are pathetic.? You are the reason that men in this country cannot be comfortable with their sexuality.? You make me sick.? First you admit the truth, then you revoke your admission.? Do you think the entire country is stupid?? Do you think you can just erase facts?? Please dude, time to be a man and stop the bull crap. 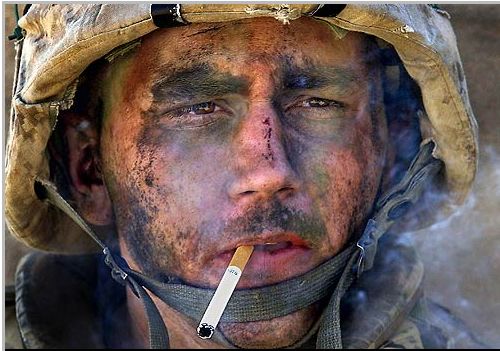 I usually am not a political type, but since I am a photographer, I do keep an eye on the news.? And I was particularly moved by the above photograph.? It shows the anguish of being in a war. It shows much more than that.? Study his appearance and you soon will see what I mean.? War is bad, mmmmmmkay? =)